By Hildy Medina for the Santa Ynez Band of Chumash Indians

Nicolasa “Niki” Sandoval, Ph.D., education director for the Santa Ynez Band of Chumash Indians, has been appointed to the California Board of Education.

“As a graduate of the public school system and a first-generation college graduate, I am committed to improving educational opportunities and outcomes for all California students,” Dr. Sandoval said. “I look forward to applying my academic foundations and professional experiences to the work of the State Board of Education.”

The 11-member State Board of Education is the policy body responsible for approving curriculum frameworks, textbooks, statewide assessments and standards for student performance. Dr. Sandoval was appointed to a three-year term, filling a position vacated by James Ramos, chairman of the San Manuel Band of Mission Indians.

“Niki’s passion and dedication to education is evident in the excellent work she does as director of the tribe’s education department,” said Vincent Armenta, chairman of the Santa Ynez Band of Chumash Indians. “She really cares about our children and making sure they are given the educational opportunities needed to ensure a brighter future.”

In addition to her work as director of the tribe’s education department, she is also a lecturer and has been a project evaluator at UC Santa Barbara. Dr. Sandoval previously held various positions at the Smithsonian’s National Museum of the American Indian and Museum of Natural History. She earned her doctor of education degree from UCSB and a master of arts degree in museum studies from George Washington University.

The Santa Ynez Reservation is located in Santa Barbara County and was established and officially recognized by the federal government on Dec. 27, 1901. The tribe is a self-governing tribal sovereign nation that follows the laws set forth in the tribe’s constitution, which is similar in text to the U.S. Constitution and the California Constitution.

Click here for more information on the tribe and its education department.

The tribe owns and operates the Chumash Casino Resort, Hotel Corque and Root 246 in the nearby town of Solvang and two gas stations in Santa Ynez. 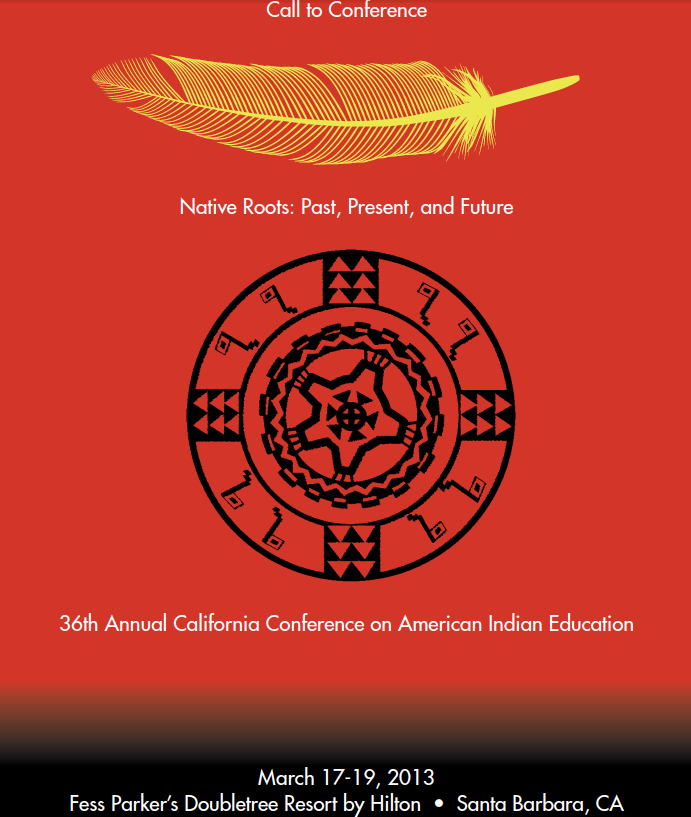 In 2010, America’s Promise Alliance launched its most ambitious campaign ever– Grad Nation –to end the high school dropout crisis and prepare young people for college and the 21st century workforce. Grad Nation has two goals: 1.) 90 percent graduation rate nationwide by 2020, with no school graduating less than 80 percent of its students. 2.) Regain America’s standing as first in the world in college completion. We need everyone involved – civic and business leaders, elected officials, educators, faith leaders, parents, volunteers, and young people themselves. At this year's Building a Grad Nation Summit, America’s Promise Alliance will facilitate a youth-only session, which will allow young leaders to meet their peers and engage with Grad Nation topics to become part of the drop out crisis discussion. Last year we had passionate, young leaders from across the country join us for this exciting event and this year you could be one of the young leaders who has the chance to join America’s Promise Alliance in Washington, DC for the 2013 Building a Grad Nation Summit! Besides the youth-only session, you will attend events of the Summit as general stakeholders who have an important voice in what happens at the Summit. You will be able to talk to adults from across the country about projects you have done in your community, and share your ideas with these adults for future work in communities to engage youth and your peers. This application is intended for young leaders who have an interest in our mission and who would like to attend the Building a Grad Nation Summit on February 24-26, 2013. Please read the application thoroughly before completing. Application Guidelines: 1. Applications must be received by January 2, 2013. 2. Incomplete applications will not be reviewed. 3. All decisions related to the Impact Network are the sole discretion of America’s Promise Alliance. 4. Filling out this application is not a guarantee that America’s Promise Alliance will pay for you to attend the Summit. 5. Please email any questions to Cody Ruxton at CodyR@americaspromise.org
Full Application at: https://docs.google.com/spreadsheet/viewform?formkey=dDNUUFNsTUJxVG43SzM5QXBUUFFOVUE6MA#gid=0

I have attached the Call to Conference for the 36th Annual California Conference on American Indian Education. This year the conference is being held in Santa Barbara.

Please forward to all interested parties. If you need more information please let me know.