Thanks to Kerry V. for the reminder 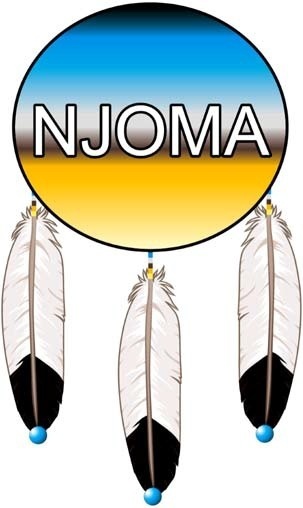 Johnson O'Malley Student Count
September 15, 2014 Deadline
The Bureau of Indian Education (BIE) is in the process of updating the Johnson O'Malley (JOM) Student Count, which is critical to highlighting increased need as the Native student population increases. States, school districts, tribal organizations and Indian corporations should mark your calendars because the BIE needs your student count information by Monday, September 15, 2014. The Johnson-O'Malley Act of 1934 became law in order to subsidize education, medical services, and other social services for American Indians. Today, JOM funding (25 CFR Part 273) is used for programs designed to meet the specialized and unique educational needs of eligible Indian students.
To be eligible, a student must be:
The form for submissions is located at the JOM website linked below. To submit your JOM student count, please email Juanita Mendoza at juanita.mendoza@bie.edu or fax to(202) 208-3271.
Important Information
For any questions, please contact the Bureau of Indian Education at (202) 208-3559.

School principal Sherrie Warren informed April Wilson, Malachi’s mother, that Malachi’s hair is too long since he is a boy; therefore, he would not be able to attend classes until he got a haircut.

Malachi is Navajo on his father’s side of the family and Kiowa on his mother’s side.

Seminole is located in southwest Texas. F. J. Elementary School is home of the Seminole Indians. A sign near the school’s gymnasium reads: “Welcome to the Tribe.”

Wilson told Warren that Malachi is Native American and she and her husband don’t believe in cutting his hair. Malachi has never had a haircut, except for trims at the ends to keep it his hair healthy.

“I told her yes and told her what tribe he is part of,” Wilson told the Native News Online on Wednesday night.

Even with the explanation, Warren would not relent. Malachi was denied admission on his first day of kindergarten.

“I ENROLLED HIM BACK IN JUNE SO I THOUGHT WE WERE ALL SET FOR MALACHI TO ATTEND SCHOOL ON MONDAY,” WILSON SAID. “I CHECKED THE ‘NATIVE AMERICAN’ BOX ON THE ENROLLMENT FORM. PEOPLE TOLD ME I WAS GOING TO HAVE PROBLEMS WITH THE PEOPLE AT THE SCHOOL.

After Malachi and his mother left the school, Wilson called the Navajo Nation to assist in the documentation process. She also called a member of the American Indian Movement, who called the school district’s superintendant.

By mid-afternoon, the school called Wilson to inform her that Malachi could attend school the next day if she was willing to sign an exemption form with a brief explanation why Malachi wears his hair long.

“The principal asked me if I could pull his hair back and even tuck it into his shirt to hide it,” said Wilson. “I braid it all the time, so that was not a problem to keep it confined. But, I would not agree to have him put his hair down his shirt collar.”

On Tuesday, Malachi attended his first day of kindergarten – without incident. 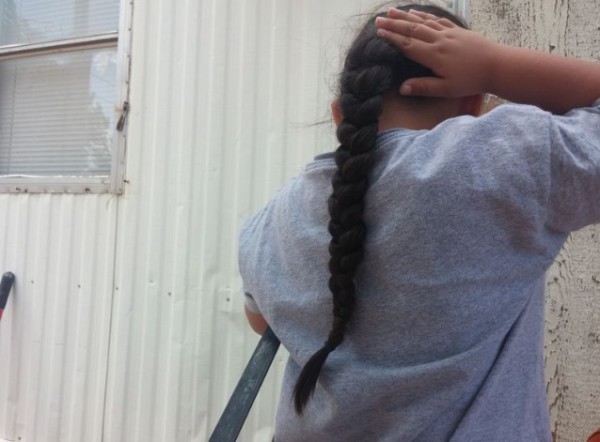 Scholastic’s Scope Magazine is looking for Native female college freshman (or close to that year) to interview for an educational magazine for middle/high school students nationally. The interview will focus on how Native females from reservations or culturally rooted backgrounds are able to leave home and be successful in college. For more information please see email below.

I'm writing an article for Scholastic's Scope magazine (an educational magazine that goes to middle school and high school classrooms across the country). I'm looking to interview a young Native American woman who grew up on a reservation and is now a freshman in college (or near that age). We want to help teen readers understand what it feels like to straddle those two worlds. I'm looking for someone thoughtful, insightful, articulate, open and hopeful--someone who can perhaps talk about cultural challenges that she's had to overcome.

One important note is that I'd need to interview the girl over the phone and write the piece by the end of this week, so it's very urgent. Any chance you know a girl who might be a good fit? If so, I'd love to hear from you right away.

If you'd like to see any of the work I've done for Scholastic classroom magazines in the past, feel free to check out my portfolio at: www.janebianchi.com 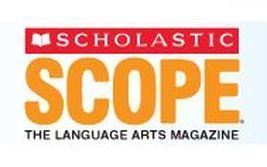 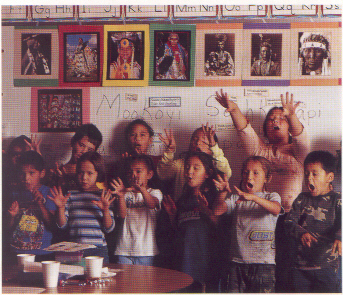 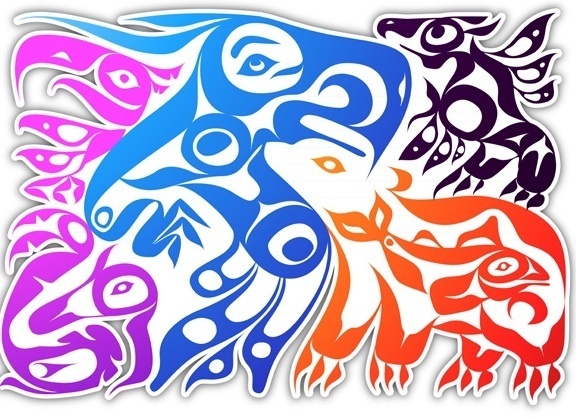 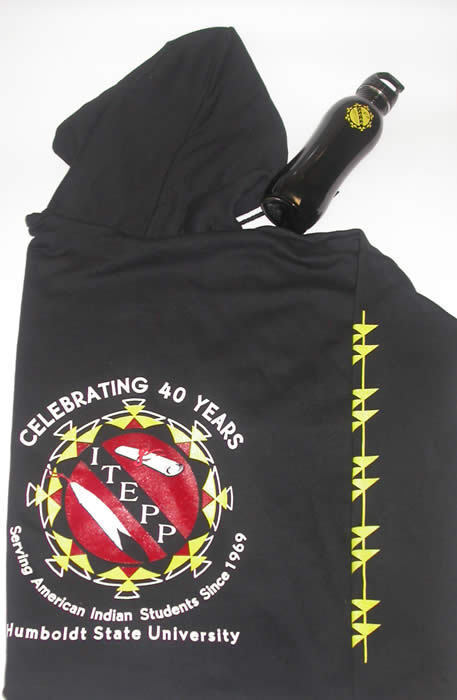 This spring, Indigenous Nations Studies program Director and Professor Dr. Cornel Pewewardy spoke in Eugene as part of TEDxUOregon. Professor Pewewardy, who is a nationally recognized expert on Native American mascots in schools and in the media, gave a talk entitled, “Walk a Mile in My Redface: On Ending the Colonial in Schools, Sports Culture, Mass Media and Civic Life.”

Professor Pewewardy’s talk was recently selected as an “Editor’s Pick” amongst thousands of talks for a feature on the TED website.

About TEDx
In the spirit of “Ideas Worth Spreading,” TEDx is a program of local, independently organized events that bring people together to share a TED-like experience. A combination of live presenters and TED Talks videos help to spark deep conversation and connections in the community. Over the past five years, there have been more than 10,000 TEDx events in 167 countries. 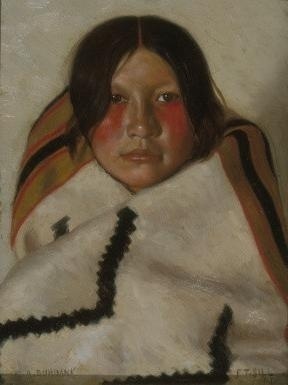 As a collection of general Americana, the Newberry’s Edward E. Ayer Collection is one of the best in the country and one of the strongest collections on American Indians in the world.


In 1911, Edward E. Ayer (1841-1927) donated more than 17,000 pieces on the early contacts between American Indians and Europeans. Ayer, a member of the first Board of Trustees, was the first donor of a great collection to the Newberry. Since then, the Ayer endowment fund has enabled the library to collect in excess of 130,000 volumes, over 1 million manuscript pages, 2,000 maps, 500 atlases, 11,000 photographs, and 3,500 drawings and paintings on the subject.

The D’Arcy McNickle Center for American Indian and Indigenous Studies enacts programming, including fellowships and seminars, that allows participants to draw from the Newberry’s collections in their research.

The Ayer Collection is rich in printed and manuscript accounts of the discovery, exploration, and settlement of the Americas. While the nucleus of the Ayer Collection consists of an extensive body of literature that concerns the American Indian directly, there are five main subject areas within Ayer:

Newberry librarians and interns have compiled Research Guides containing bibliographies, checklists, and other resources helpful in directing research in certain subjects at the Newberry; a few closely related collection descriptions are Latin American History, Portuguese and Brazilian History, Philippine History, and French in the Americas.  All the research guides relating to American Indian and Indigenous Studies are found below; relevant digital collections, such as theAyer Art Digital Collection, Great Lakes Digital Collection, and North American Indian Photographs Collection, are also found at the bottom of this page.

Read about the modest beginnings of this great collection in Edward E. Ayer’s “How I Bought My First Book”. 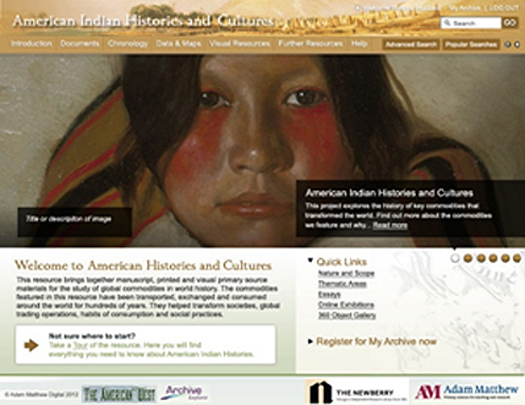 ... Our relationship with Chicago’s Newberry Library began in 2006 when we were developing the American West resource. We have spent the last few years evolving a new collection called American Indian Histories and Cultures, centering on the Newberry’s renowned Edward E. Ayer collection, one of the world’s strongest resources available on American Indian history.

A civil rights controversy involving the right of Native American students to wear an eagle feather with their caps and gowns at graduation erupted at Lemoore High in the days leading up to Thursday night's commencement ceremony.

School administrators had told eight Native American seniors — a record number to graduate at the same time from Lemoore High — that the eagle feathers would be banned.

Hours before the graduation ceremony, the administration relented and allowed Native American graduates, of whom seven are enrolled members of the Tachi tribe near Lemoore, to wear eagle feathers.

The students had told parents and relatives that Principal Rodney Brumit said the school's "no adornment" policy for graduation caps and gowns would be enforced. 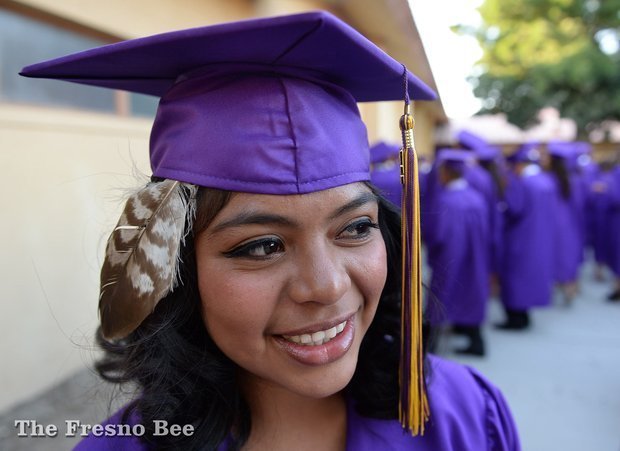