Mary Puthoff was born on the Rosebud Lakota Reservation in South Dakota and raised by a family in the Black Hills after being adopted at age 5. „One-third of Indians, nationally, haven‚t been raised by birth families,‰ Puthoff told the LivermorePatch. She‚s referring to the Indian Adoption Project, which lasted from 1958 through 1967, and placed 395 Native American children from 16 western states with white families in Illinois, Indiana, New York, Massachusetts, Missouri, and other states in the east and Midwest.

Native activists were against the project and fought for the passage of the Indian Child Welfare Act, which was passed in 1978 and made it difficult for non-Native families to adopt Native children.

Full story at: http://bit.ly/NkxUXB
reposted from: Northern CA Native Events and News
The original 30 acres of the Rancheria were purchased August 15, 1923 under the Landless and Homeless Act under which the U.S. Congress provided funds to purchase land for landless and homeless California Indians. On June 6, 1975 Clifton C. Cramer and Betty G. Cramer performed a Quit Claim conveyance of the old Indian Cemetery consisting of .53 acres to the Bureau of Indian Affairs to hold into trust for the Susanville Indian Rancheria. The Bureau of Indian Affairs accepted this conveyance on December 7, 1981. An additional 120 acres was added to the Rancheria on October 14, 1978 under the special legislation of Public Law 95-459 which was sponsored by the honorable Congressman Bizz Johnson. Another 80 acres was donated to the Rancheria in 1994 that has not been put in to Federal Trust status. An additional 72 acres located at the Sierra Army Depot based in Herlong, California was acquired from the U.S. Department of the Army under the Base Realignment and Closure (BRAC) Act and added to the Rancheria on November 6, 2000. The Susanville Indian Rancheria Housing Authority purchased 3.21 acres on December 30, 2000, transferred the land to the tribe, and the land was accepted into trust status on January 5, 2004. On March 29, 2002 the tribe purchased an additional 875 acres adjacent to the Upper Rancheria utilizing proceeds from the casino loan from the Marshall Group and this land was accepted into trust status on December 08, 2004. On September 30, 2003, the tribe purchased 160 acres (the Cradle Valley Ranch) located close to Antelope Lake bringing the total land base to 1,100.74 acres in trust status and 240 acres in fee status. 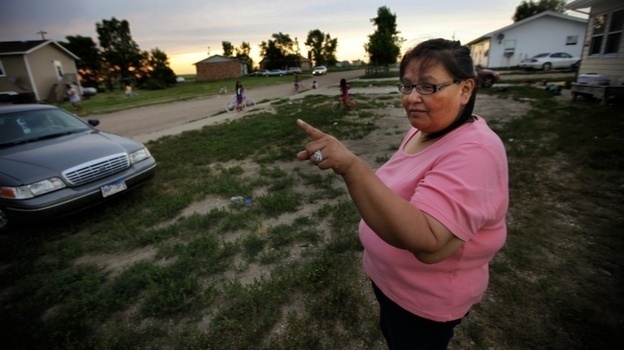 Janice Howe fought the state of South Dakota for a year and a half to bring her grandchildren back home after they were placed in foster care.
text size A A A

Part 1 of a three-part investigation

The dirt roads on the Crow Creek Indian reservation in South Dakota blow dust on the window frames of simple houses.

The people who live here are poor — in a way few Americans are poor. There are no grocery stores or restaurants. There's only electricity when it's possible to pay the bill.

This is where Janice Howe grew up, on a barren stretch of land that has belonged to the Dakota people for more than 100 years.

"I'm the eldest of nine kids," she explains, settling into a chair in the kitchen. "I went to college and I got my bachelor's degree in nursing."

Her sister lives across the street. Her parents live across the road. Her daughter lives two doors down with her four grandchildren — two young granddaughters and two twin babies.

via abcnews.go.com
Download Teen_Suicide_On_Reservations.doc
Northern California Indian Development Council, Inc is hosting a Native Summit meeting titled:
Weaving Wellness In Native Communities
March 31 – April 2, 2011 at the Blue Lake Casino and Hotel
The Northern California Indian Development Council (NCIDC), along with local Tribes and various partnering programs, will be hosting a Community Health and Wellness Summit.  The gathering entitled, Weaving Wellness in Native Communities, will be held March 31 – April 2, 2011 at the Blue Lake Casino and Hotel.  The summit is an opportunity for the Native American community to come together to begin developing sustainable wellness plans for individuals and Tribal communities.  Participants will work together to access tools, training and support to address issues of mutual concern.  This will empower them to assist their communities to create the change they envision based upon the culture and traditions of their Tribes.
As part of building and reinforcing a strong family unit, youth will play an integral role at the meeting.  A youth track has been designed to provide information and resources targeted to address their needs.  Additionally, selected youth will participate in a video documentation effort to capture the process and results of the event.
This gathering will provide communities with an opportunity to develop solutions to the problems that confront them.  The summit will focus on the four key areas Mind, Body Spirit and Community.  Bringing balance to these components of life will promote the type of wellness that will benefit Native American individuals, families, communities and Tribes.   For more information go to: www.ncidc.org/wellness or call AndreCramblit or Lou Moerner at 800.566.2381 or email wellness@ncidc.org
Links to Additional Information (Right click on link and save to desktop)
Participants:
Weaving Wellness Registration
Health & Wellness Scholarship App
Speakers and Presenters:
Info For Speakers
Call for Workshop Presenter Proposals
NCIDC Photo Release
Save The Date
Download YN.WhiteSwan.21611.pdf 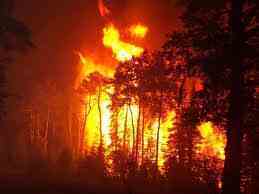 The Yakama Nation is seeking help and support to aid the survivors of a wildfire that destroyed 20 homes, burned parts of several more, and displaced over one hundred people from the small town of White Swan, Wash., in the heart of the reservation in central Washington state.

In an open letter dated Feb. 16, Yakama Tribal Council Chairman Harry Smiskin wrote of the need for outside assistance from the United States and other governments to help in the care for the displaced and the immediate cleanup in White Swan.

The Yakama Nation has been in a state of emergency since the fire began in the afternoon on Saturday, Feb. 12. The Yakama Nation estimates the cost of rebuilding is at least $4 million, and with other emerging environmental concerns, that sum will only increase.

“We are grateful for the miracle that everyone got out alive, including the people who ran into the street on bare feet as their homes went up in flames, and the babies, the elders and three people with profound disabilities who all survived because the community pulled together,” Chairman Smiskin said. “We cannot overlook that blessing as we turn to the difficult work ahead of getting people securely housed for as long as it takes to clean up and rebuild a beautiful White Swan.”

A chimney fire is believed to have started in one home and quickly spread by wind and 50-mph gusts that carried the fire from house to house, down a dry, wooded creek bed and then to more distant homes. The vibrant town of White Swan is devastated by the damage to a total of 24 homes, including some multi-family residences, and destruction of other property including cars, bicycles and all personal belongings, for many.

Now members of this tight-knit Yakama community are scattered across the large reservation, some staying with family and others housed in motels.

Few of those whose houses burned could afford homeowner’s insurance, and few have savings to fall back upon, making recovery of families and housing in this tribe of 10,000 even more challenging, said Chairman Smiskin.

In his letter, Chairman Smiskin states a request for the following kinds of help:

The Federal Emergency Management Agency is expected to bring 10 or 12 trailers to the reservation, which is about half the number of the Yakama Nation’s 22 displaced households. It and other governments, including Washington state, have committed to building strong and lasting relationships with Yakama, and now in the face of disaster the Yakama Nation calls on these relations for help.

Chairman Smiskin states: “These are lands that the United State government holds in trust for Indian people and we hope that the Federal government in the form of the U.S. Congress and the various agencies will respond as they have to other disasters. We believe that more homes have been destroyed by this fire than on any Indian reservation in the history of this country.”

Complicating the cleanup, many of the homes were built in the era when asbestos was commonly used in insulation, drywall and floors. Now, Chairman Smiskin said, “the mere potential presence of asbestos among the ashes and debris now littering White Swan presents a serious, time-consuming and expensive environmental dilemma.”

In the immediate term, the Nation is worried about getting safe housing and collecting money, food, clothing and other essentials for those who lost their homes or are displaced until cleanup and repair can occur. One of the most pressing needs is for diapers, formula, bottles, baby food, clothing, bedding and other baby supplies.

The Indian Health Service opened after the weekend fire to replace medicines for survivors, but it will take far more to help the displaced people for the months or years that it takes to rebuild White Swan.

While the Yakama Nation, its people and its neighbors have responded over the past few days with open hands and hearts, the needs in the short term and the long term are great. The Yakama Nation looks to the United States to uphold its trust responsibility, and to the generosity of the American people to support those affected by this disaster on Yakama lands.

In addition to the local businesses and centers that are accepting donations, the Yakama Nation has set up the following ways for people across the country to contribute to the community’s recovery:

ANAKANAIA » The open wounds are visible several miles from the island -- strips of red earth cut by explosives, grazing animals, wind and rain, bleeding an estimated 2 millions tons of soil a year into the ocean.

Two decades after the military stopped target bombing and sheep and goats were removed, major erosion still afflicts Kahoolawe, even with some success in planting native grasses and shrubs. Live bombs and shells litter sections of the island despite the largest military ordnance removal in the United States.

But advocates for restoration of this island -- equal in size to Oahu's metropolitan area from Waikiki to Moanalua -- remain hopeful as a new generation of volunteers work to heal the land and restore fractured cultural customs. Full Story @: http://www.staradvertiser.com/news/hawaiinews/20101021_Healing_the_land.html