Honor the Earth's Love Water Not Oil Tour. An organizing and outreach tour in Northern Minnesota, aimed at engaging communities and summer residents along one of many tar sands and fracked oil pipelines proposed to cross the North Country: the Enbridge proposed Sandpiper pipeline. Not only is this tour about preventing the threat of pipelines, but it is also an act of solidarity to stop the extraction of tar sands and Bakken oil at their sources. We are linking in with Indigenous struggles at ground zero and engaging with communities who work in the struggle together to have clean air to breathe, fresh water to drink and resilient communities to protect the sacred for the seventh generation. 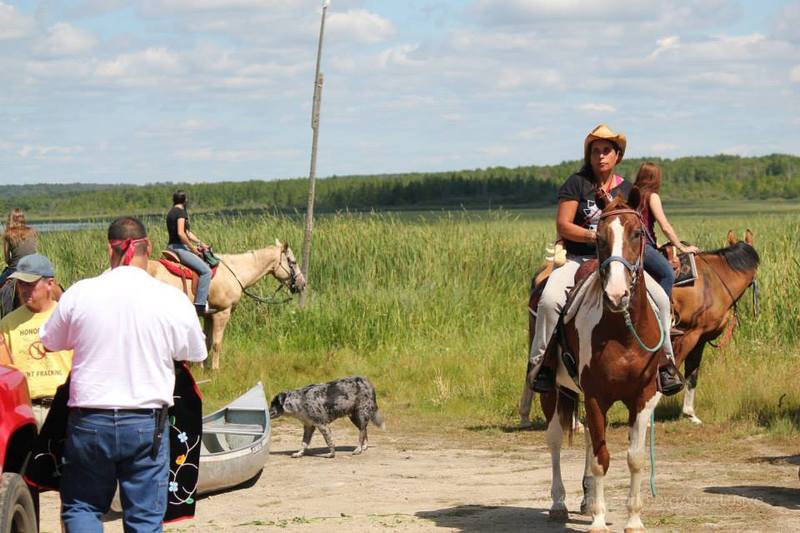 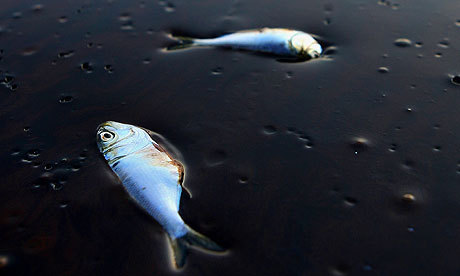 At 8 PM Eastern tonight (June 7) on Free Speech TV, the documentary American Outrage will have its television premiere. The film tells the story of the Dann Sisters, who fought the U.S. government, specifically the Bureau of Land Management, beginning in 1973, over their right to farm on land that is theirs by treaty. American Outrage was directed by Beth and George Gage, and is narrated by Mary Steenburgen.

HOW TO WATCH: Free Speech TV is channel 9415 on Dish Network and channel 348 on DirecTV. It is also available on Roku, and the website freespeech.org carries a live streaming feed of the channel as well.

For more information on the Danns, read ICTMN's obituaty for Mary Dann from 2005. 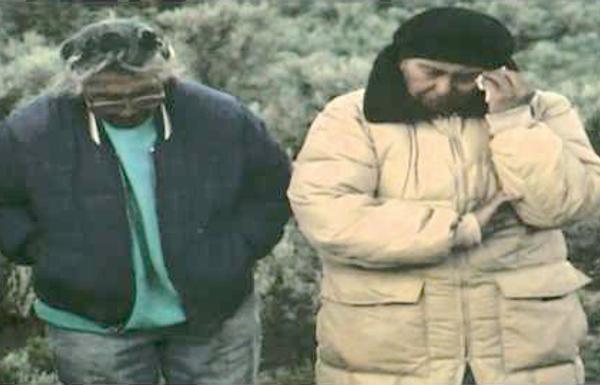 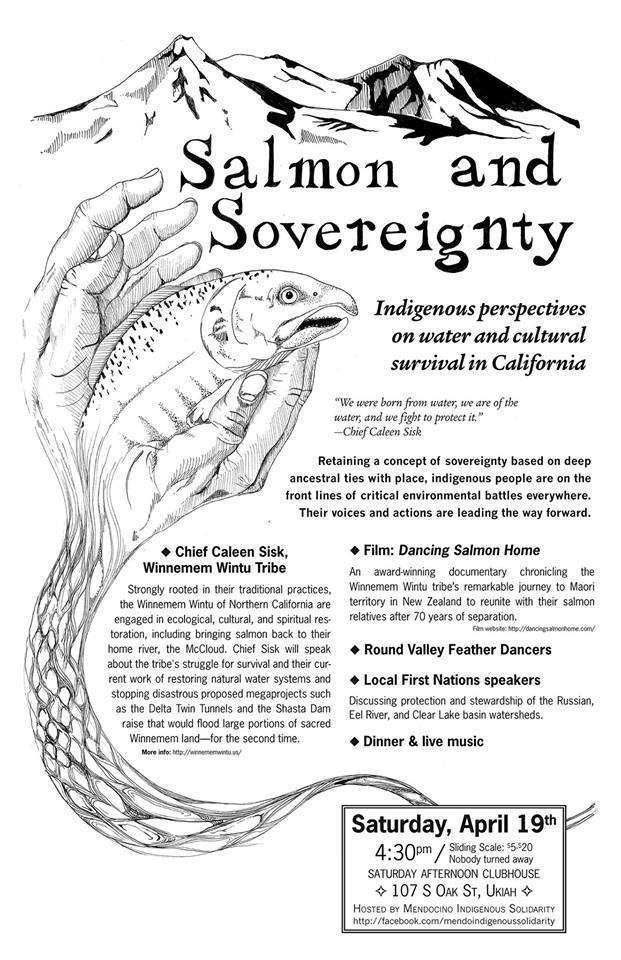 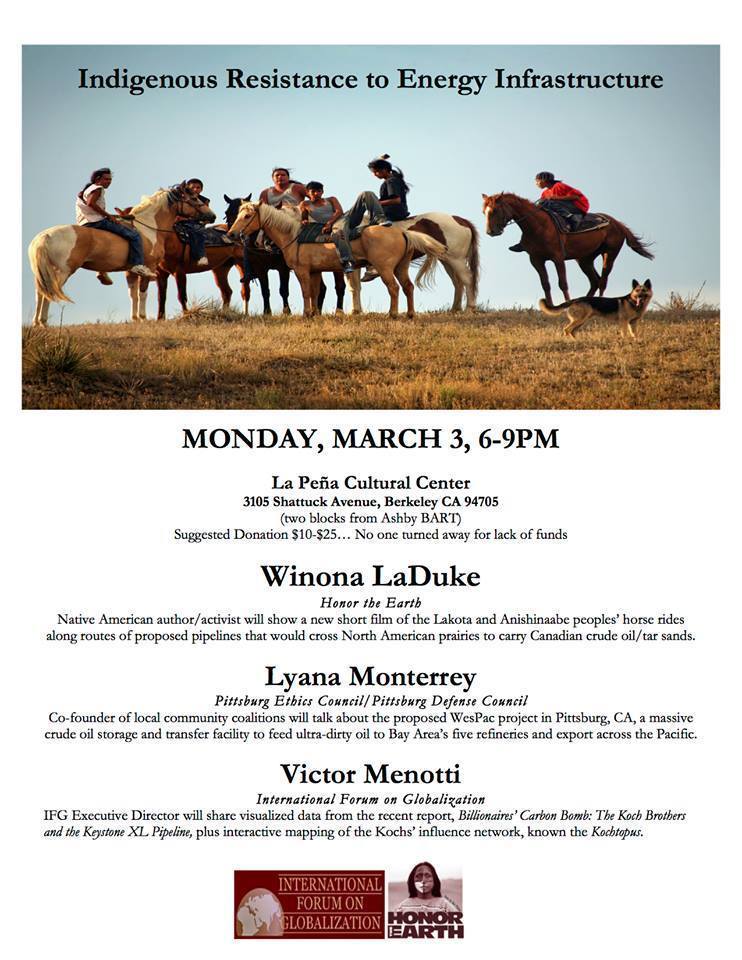 Winona LaDuke Honor the Earth Native American author/activist will show a new short film of the Lakota and Anishinaabe peoples' horse rides along routes of proposed pipelines that would cross North American prairies to carry Canadian crude oil/tar sands. Lyana Monterrey Pittsburg Ethics Council/Pittsburg Defense Council Co-founder of local community coalitions will talk about the proposed WesPac project in Pittsburg, CA, a massive crude oil storage and transfer facility to feed ultra-dirty oil to Bay Area's five refineries and export across the Pacific. Victor Menotti International Forum on Globalization IFG Executive Director will share visualized data from the recent report, Billionaires' Carbon Bomb: The Koch Brothers and the Keystone XL Pipeline, plus interactive mapping of the Kochs' influence network, known the Kochtopus. Plus poetry and spoken word from Pittsburg Youth Suggested Donation $10-$25... No one turned away for lack of funds.

The Tolowa Dee-ni’ of the Smith River Rancheria in California have always been the caretakers of the ocean and coast. During the summer months, Tolowa families set up camps to fish for smelt on the local beaches. Caught smelt are elaborately arranged on the sand to dry while Tolowa fishermen and women watch carefully as their shiny skins turns opaque in the sun.

Like her other tribal members, Briannon Fraley is intimately connected to her place in the world. And just like the generations before her, Fraley harvests and gathers important marine resources for ceremonial and subsistence purposes – practices integral to her tribe’s way of life.  Thousands of years of traditional knowledge gives her and her tribe a distinct perspective, one they will use for the first time to inform marine planning in their ancestral territory.

“We have a responsibility to assure the health and vitality of this rich environment and its resources for future generations,” says Fraley. She is also her tribe’s Self-Governance Director.  “As a self-governance tribe, we are developing strategies that will ensure long-term, sustainable marine stewardship.”

On a crisp fall day, Briannon is hard at work on two projects that reflect this goal. She and her tribal government are actively engaged in what they refer to as proactive Ocean Governance initiatives. They are working with other West Coast tribes to create a framework for capturing tribal knowledge and data that reflects tribal values. The second project will put that framework to use as they collect tribal data related to marine protected area monitoring in California.

The Rancheria received a grant in 2012 from the National Oceanic and Atmospheric Administration’s (NOAA) Regional Ocean Partnership Program to work with west coast tribes to develop a data standards framework that would inform the federal government’s regional ocean planning process. In April of 2013, Smith River Rancheria hosted a forum in Grand Ronde tribal territory, which served as an introduction to translating the importance of how traditional knowledge will help shape marine planning.  Maintaining traditional ways of living is priority number one for most tribes, and the forum created a space for collaboration, to build alliances, and to find mechanisms for better communication.

After the Forum, tribes from California, Oregon, and Washington were asked to participate in a Tribal Marine Data Standards Committee. The Committee is assessing tribal geospatial capacity and developing the tribal framework for collecting and analyzing data. The group will also look to ensure interoperability, meet federal and state standards, and perhaps most importantly, protect culturally sensitive data, a major concern for tribes.  The project is set to wrap up at the end of December.

In December of 2012, 27 Marine Protected Areas along the north coast of California went into effect, two of which are located within the ancestral territory of the Smith River Rancheria. Future co-management of the Pyramid Point and Point St. George Offshore Reef State Marine Conservation Areas (SMCA) was the impetus for the Rancheria’s organizing of a group of northern California tribes to submit a joint proposal to California’s Monitoring Enterprise. “Tribal goals for resource management are the same as state goals,” explains Fraley, “but we’ve expanded to include parallel protections for ocean ecosystems as well as marine-based cultures.”

The tribal monitoring project will use traditional ecological knowledge to create a baseline of ecological features and species observations and identify areas of tribal concern. This project is the first of its kind in California and Smith River Rancheria is joined the Trinidad Rancheria, the Wiyot Tribe and the Inter-Tribal Sinkyone Wilderness Council.

The Rancheria, along with other northern California tribes, has long advocated for recognition of traditional ecological knowledge (TEK) as a science that informs sustainable management. They also point out that traditional marine uses are in fact sustainable and an inherent tribal right. “The Tolowa have never given up these rights”, says Fraley, and the MPA project will help them continue to cultivate this understanding with state agency officials and ultimately inform overall marine protected area management in California.

Tribal collaboration and working on state and federal co-management objectives keeps Briannon Fraley very busy these days.  “Mutual understanding, shared goals, and developing future relationships are vital to protecting marine resources,” she says, “which are important to all of us.”

Author Shaunna McCovey is an Integrated Solutions Specialist with Point 97 . She is currently coordinating Point 97 efforts with west coast tribes and marine planning. Shaunna holds a JD from Vermont Law School and has been working in ocean policy and tribal engagement since 2010.

Suction dredge miners were dealt a blow in their battle to reinstate the practice in California waters when, on March 18, the Supreme Court rejected a petition to overturn an earlier decision from the Ninth Circuit Court of Appeals.

The Appeals Court ruling last June stemmed from a lawsuit filed by the Karuk Tribe in 2004 alleging that the U.S. Forest Service (USFS) had violated the federal Endangered Species Act (ESA) when the agency approved mining operations in ESA listed coho salmon habitat in the Klamath River watershed.

To subscribe to a blog of interest to Natives send go to:  http://andrekaruk.posterous.com/

Come to Yurok Territory in Klamath, California to discuss and strategize on
addressing the impacts of climate change, GMOs and contaminants
on Indigenous Peoples’ ways of life, culture, traditional farming methods
and food sources. Speakers will include Indigenous leaders, elders, local groups
and youth who share a cultural investment in Salmon and
their environment. Topics will include threats to salmon, food
sovereignty, culture and environmental health including solutions at
Tribal, First Nation and international levels.

No registration fee. All meals will be provided along with free camping.
Please bring your own camping gear, sleeping bag and other personal
necessities.

Though she grew up around the language, Cynthia Jensen-Fisk never learned to speak Gitsenimx. She never even knew that learning it was an option.

“It wasn’t used very much around our house,” Jensen-Fisk said. “Probably because my dad was Swedish.”

Jensen-Fisk is now learning the language from her aunt, Barbara Harris, as part of the master-apprentice program through the First Peoples’ Cultural Council. A First Nations-run corporation, the council’s mandate is to support the revitalization of Aboriginal language, arts and culture in B.C. The council does this through documentation, cultural programming, curriculum development and programs like the master-apprentice program.

A shale gas exploration company's service vehicle was surrounded and seized by a group of self-described native warriors near Elsipogtog First Nation in New Brunswick on Tuesday, RCMP say.

The truck driver was confronted at a gas bar along Route 116 during the lunch hour, police said, referring to it as a peaceful incident.

RCMP would not confirm who owns the truck, but it has a Stantec logo on its doors. Stantec is a Fredericton-based engineering firm doing work for SWN Resources Canada, a major industry player in the province.

Elsipogtog Chief Aaron Sock had said earlier in the day his council does not welcome SWN's seismic testing in New Brunswick.

SWN spokeswoman Tracey Stephenson described the incident as a "security event" involving one the company's subcontractors.

"The safety of our employees and subcontractors is our top priority and while we cannot speak to the details of this security event we can confirm that people and equipment are safe," Stephenson stated in an email.

RCMP moved the truck to their detachment "to keep it safe."

John Levi, a warrior chief in the community, then parked his truck behind the Stantec truck, blocking it in.

Elsipogtog member John Levi later blocked the Stantec truck with his own truck at the RCMP detachment. (Jennifer Choi/CBC)

Officers were speaking to Levi and a couple of other men, as about 20 other people milled about outside.

"That is very important and for us as a police agency. We have to balance our security operations with individuals' rights and freedoms in order to maintain public safety, peace and good order," she said.

It's unclear how long the Stantec truck will remain at the RCMP office.

Meanwhile, an aboriginal consulting firm in the province is supporting SWN Resources Canada and its seismic testing program in Kent County this summer.

Chief to Chief Consulting Group has been hired by SWN to monitor its work as it continues exploring for shale gas.

Stephen Sewell, a director of the firm and a member of the Pabineau First Nation, said employees will serve as subcontractors, using their traditional knowledge of the land to protect the water, wildlife and traditional medicines.