The U.S. Supreme Court could reshape longstanding federal law on the adoption of Native American children, depending on how the justices rule in the case of a South Carolina family fighting for custody of their adopted daughter.

That law is at the center of the appeal by Matt and Melanie Capobianco, a Charleston-area couple who adopted a baby girl several years ago. But the girl's biological father — a member of the Cherokee Nation whom she had never met — later went to court seeking custody, arguing that the girl's mother gave her up without his consent.

Time for Alaska Native and Native Americans to Speak

All the Alaska Native and Native American Tribal Governments and tribal leadership and Native people need to voice their Native Perspective on the Candidate Justice to the US Supreme Court for this court over several decades has weaken tribal sovereignty.

For example, a treaty might say that the tribe has the right to hunt, and at treaty time the Indians were speaking their language and they didn’t have separate words for hunt and fish, they just had a word for gathering wild animals. Then the Court is going to say that ‘hunt’ means ‘hunt and fish.’ If there are unclear words they are read in favor of tribal rights. That rule is still alive in the Supreme Court, but the Court doesn’t use it with as much vigor as it did during the 1960s, 70s, and 80s. The rule is important to tribes because many pieces of federal Indian law are ambiguous.” From: Tribal Nations The Story of Federal Indian Law,  by Lisa Jaeger Tanana Chiefs Conference

“In Alaska US Supreme Court Ruled no tribal governing power over tribal lands “The U.S. Supreme Court last year ruled that, because of the Alaska Native Claims Settlement Act, the 1.8 million acres of land owned by the Venetie Tribe is no longer “Indian country,” as is reservation land in the Lower 48. Thus, the tribe, which includes the villages of Venetie and Arctic Village, has no governing power over the land.”  Alaska Culture & History, Juneau Empire by L. Thompson

“Many Indians are intensely caught in the current debate of issues. Individual Indians and groups in the Indian communities, while they may disagree on current tribal priorities and methods, must look beyond current disputes and support the concept of tribal sovereignty. Without sovereignty, there would be nothing to disagree upon. Without sovereign status, what would become of American Indian tribes?” American Indian Policy Center, Considerations for Tribes.

With each generation, there are new challenges about how we survive as American Indian people. The long history of assimilation, termination, and genocide policies is not over for Indian people. While the current threats to Indian tribal sovereignty outlined in this report have long-standing historical roots, U.S. Indian policy is now more elusive in the implementation of anti-Indian sentiment or assimilation efforts. The latest threat to Indian people is a national trend by states, the U.S. Congress, and the courts to undermine the legal foundations of tribal sovereignty. American Indian Policy Center

“The legal relationship between the United States and the respective Indian tribes is unique. Unlike all other political entities within the borders of the United States, Indian tribes derive their powers not solely through delegation, but also through their sovereign existence, past and present.” American Indian Policy Center

Tribal Sovereignty Defined “However, over the history of the Tribes’ relations with the United States, Tribes have been economically devastated. Most have not had the financial means to effectively exercise their governmental powers. For some Tribes, Gaming has provided the only successful means to raise funds to be able to exercise their inherent powers of self-government.

To All Alaska Native and Native American Tribal Governments it is time again to voice our concerns and issues as the US Senate embarks upon making their appointment to the US Supreme Court.  As we already know the Court has been diminishing and weakening our tribal sovereignty.  And I know we will make our Native Perspectives to the US Senate who will have Confirmation hearings with Elena Kagan.  Let our Voices be heard. 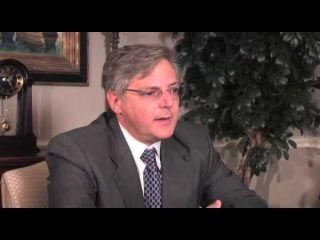 The Rumors Begin: Obama’s Next Supreme Court Nominee In an interview with The NY Times, Supreme Court Justice John Paul Stevens confirmed rumors that he’s considering retiring. “I do have to fish or cut bait, just for my own personal peace of mind and also in fairness to the process,” he said. “The president and the Senate need plenty of time to fill a vacancy.”

Justice Stevens, who will turn 90 this month, was appointed in 1975 by President Gerald R. Ford. Rumors of his retirement escalated when he didn’t hire a full slate of law clerks for the current term. In an interview with USA TODAY in October last year, he said the fact that he had not hired a full staff “can’t be news. I’m not exactly a kid.”

The Nation even has a slideshow of their own top choices for the next Supreme Court nominee that is worth a look. They list some of the same predictions mentioned above, but also interesting contenders like John Echohawk who has run the Native American Rights Fund for more than thirty years and who “would bring a perspective to the court that has been overlooked for 230 years.”

Suzan Harjo v. Pro-Football Inc., a case that began in 1992, centered on whether a dispute over a potentially offensive trademark can be dismissed if the challenge was not filed promptly. Though the Trademark Trial and Appeal Board ruled in 1999 that the name was disparaging and should be changed, the U.S. District Court for the District of Columbia and U.S. Circuit Court of Appeals in Washington, D.C. later decided that the challengers had waited too long to file their petition. The Redskins first registered the mascot with the Patent and Trademark Office in 1967.  Full story at: http://tinyurl.com/yzo6oeu

Schools in Wisconsin could be fined for $100 to $1,000 for using Indian nicknames, mascots, and images in a bill being introduced Wednesday (1/13) in the legislature.  For full story please see:  http://tinyurl.com/yk9968h