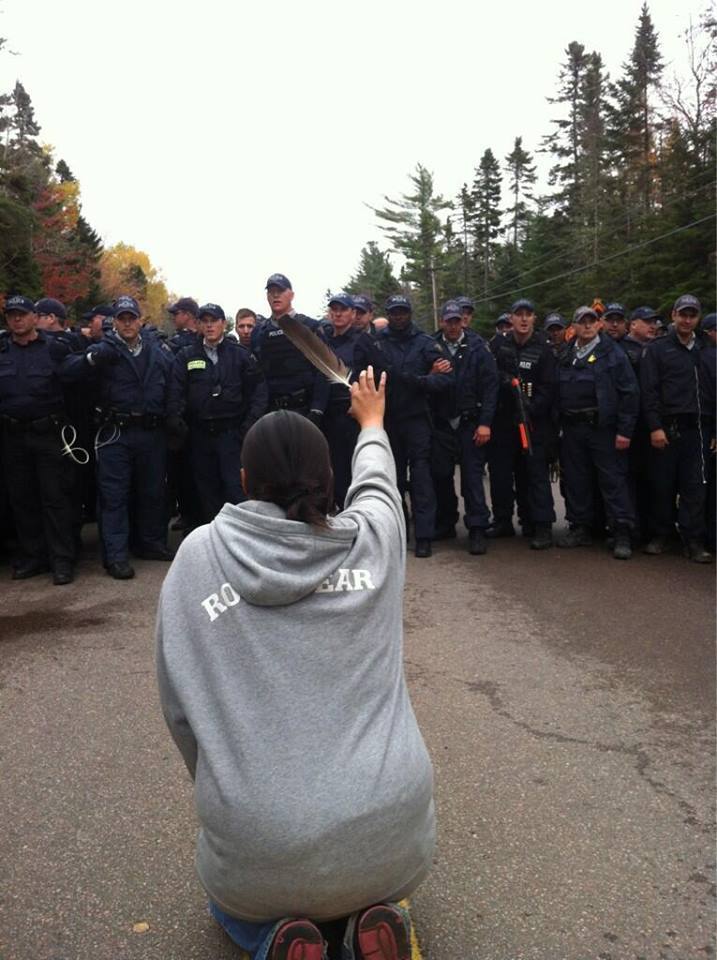 REXTON, N.B. -- The RCMP say they arrested at least 40 people Thursday in eastern New Brunswick as a protest over shale gas development turned violent when officers began enforcing an injunction to end the demonstration.

At least five RCMP vehicles have been destroyed after they were set on fire, Molotov cocktails were thrown at officers, and at least one shot was fired by someone who isn't a police officer, Const. Jullie Rogers-Marsh said in a statement.

"The RCMP has worked diligently with all parties involved in hopes for a peaceful resolution. Those efforts have not been successful," Rogers-Marsh said.

"Tensions were rising, and serious criminal acts are being committed."

The Mounties say the arrests were made for firearms offences, threats, intimidation, mischief and violating the court-ordered injunction to end the protest near Rexton.

The RCMP began enforcing the injunction at around 7:30 a.m. to end a the blockade of a compound where energy company SWN Resources stores exploration equipment. Route 134 at Rexton and Route 11 between Richibucto and Sainte-Anne-de-Kent were closed to traffic and schools in the area were closed early for the day.

The RCMP blocked Route 134 on Sept. 29 after a protest began spilling onto the road. Protesters subsequently cut down trees that were placed across another part of the road, blocking the entrance to the compound.

The protesters, who include members of the Elsipogtog (ell-see-book-took) First Nation, want SWN Resources to stop seismic testing and leave the province.

Robert Levi, a councillor with the Elsipogtog First Nation, said he went to the protest site in Rexton early Thursday after hearing the RCMP had moved in to begin enforcing the injunction against the protesters.

Levi said police pepper-sprayed dozens of people after 9:30 a.m. when he arrived with the chief and council.

"They sprayed the crowd that was there," he said in an interview. "The chief was manhandled a little bit and all hell broke loose."

Premier David Alward did not return messages seeking comment, but last week he and Chief Arren Sock agreed to set up a working group to find a resolution. Meetings were held in Fredericton and Moncton.

At the time, Alward said: "I can say that we have a consensus that we're working towards finding a peaceful resolution and we will continue that work." He said the working group, which would include members from his government, Elsipogtog and the energy industry, would begin its work immediately.

But Sock said there were still many details to be worked out.

Alward has said he doesn't have control over decisions of the RCMP and SWN Resources.

Assistant commissioner Roger Brown, the commanding officer for the RCMP in New Brunswick, said last week he was disappointed that discussions between the provincial government and the First Nation had failed to resolve the issue. He said the Mounties would take a measured approach to resolving the situation.

Opponents of the shale gas sector say the process used to extract the resource -- hydraulic fracturing, also known as fracking -- could pollute drinking water. But proponents of the industry say such concerns are overblown and don't take into account the possibility of replacing coal and oil with cleaner burning natural gas. 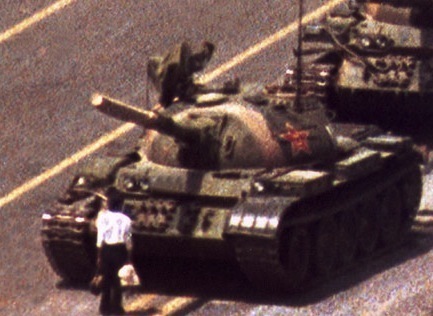 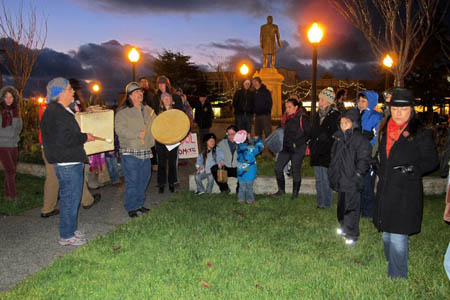 “Oh, yeah,” started the young hairdresser Michelle Sanus, a Cow Creek tribal member, who was at her place of work at the Medford Rogue Valley Mall when the drum began to beat on Sunday, January 5. “My mom was talking about this. She’s a singer and drummer, and she said there was going to be something going on. I forget what she called it…”

Was it “Idle No More?” Yeah, yeah, she thought so.

An environmental battle in Canada came to Lawrence Saturday afternoon as hundreds of Native Americans started a flash mob and demonstrated on behalf of the Idle No More movement at South Park on Massachusetts Street.

The movement promotes awareness about a Canadian bill that Chief Theresa Spence of the Attawapiskat First Nation and her people are fighting. Spence has been on a hunger strike since Dec. 11, drinking only water and fish broth, to bring attention to Bill C-45, which activists say infringes on land- and water-related treaties, and changes the approval process for leasing tribal land.

SANTA FE, N.M. (AP) - American Indian activists and their allies have held a rally in New Mexico in solidarity with Native American protesters in Canada.

Members of the "Idle No More" movement organized

a demonstration Tuesday outside the New Mexico statehouse as a new legislative session began.

The Canadian-born movement began after Native Americans protested a Canadian proposal that they said would threaten their self-governance and control of traditional land bases.

After Native Americans held protests throughout Canada, the movement spread to the United States and parts of Latin America.

American Indians in New Mexico say the Idle No More protests allowed them to highlight similar issues like water rights and environmental concerns.

Return to the Home Page 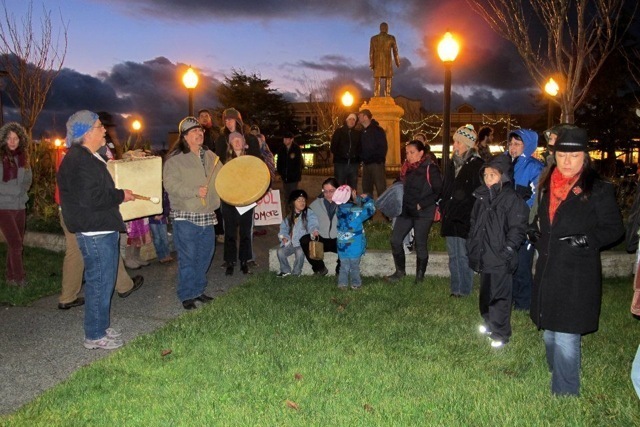 We realize there are two events planned in the area, Friday at 12:00 noon on the West steps of the State Capitol and Saturday, in front of Nordstrom's at 2pm!

Lots to do in Sac-town! Stay the night and be sure to make both events! C'mon Sacramento! Let's do this! Spread the word!

And you can scroll through the posts here to get an idea on the growth of this movement:
http://www.idlenomore.com
http://www.democracynow.org/2012/12/26/idle_no_more_indigenous_led_protests

A new campaign for indigenous rights and environmental justice is spreading across Canada. The "Idle No More" movement began as a series of protests against a controversial government budget bill but has since expanded into a nationwide movement for political transformation. Aboriginal and environmental activists are calling on Prime Minister Stephen Harper to honor treaties with aborigines, open dialog with environmentalists, and reject tar sands pipelines that would infiltrate First Nation territories. We go to Toronto to speak with Pamela Palmater, chair in indigenous governance at Ryerson University and spokeswoman for the Idle No More movement. "We, First Nations people, have been subsidizing the wealth and prosperity and programs and services of Canadians from our lands and resources," Palmater says. "And that’s the reality here that most people don’t understand." [includes rush transcript]

'Giving a Shit,' an Idle No More Poem by Janet Rogers

The objective of civilizing us
Is to make Indian history
Become our permanent reality
The necessary objective
Of Native people is to
Outlast this attack,
However long it takes
To keep our identity alive*

Have you nothing to say

How can they counter that

Blissful ignorance
Sounds like holiday songs
on a Saturday morning
The same day she enters
Day 12 starving
For her people
Starving for attention
When the answers are
Within and right in front
Of us
Protect, react, resist,
Mobilize those to know
Motives working against
Natural law

So what can I do?

I’m going to fuck with your money
I’m going to
Talk to your children
Tell them the truth
And influence their reality
Is it true you
can love a country but not
its government
Is this possible?
When the law says
A country is formed by
A council and registered
Like a baby’s birth certificate
Within the courts the same
place that makes the laws,
so what came first?

Is the U.N. knocking at your door?
Or the ghosts of those
who circled your abode?
Are you finished dreaming of bacon
Are you begging for protection?
Shaking under your blanket hiding
From your own ancestors saying
“don’t shame us”

Visit soundcloud.com/janet-marie-rogers/giving-a-shit to hear this poem read by the author.

Hundreds of First Nations activists and supporters gathered outside the Vancouver Art Gallery Sunday for the movement sweeping the country, Idle No More.

Rallies have been taking place across Canada in support of Attawapiskat Chief Theresa Spence, who has been on a hunger strike in Ottawa for two weeks, seeking a meeting with Prime Minister Stephen Harper to discuss the government’s policies on aboriginal communities.

“We’re fighting (against) the decisions that Harper makes — and those decisions affect not only First Nations, but all Canadian citizens,” Rueben George from North Vancouver told The Province.

George is fighting to protect waterways, change fishery laws and for money to be put toward green energy instead of fossil fuel companies.

“Drastic things that affect not only Canadians, but the world,” he said. “Our nation has been numb to these things.”

“What I’d like to see the most is for Canada to wake up — to wake up and stand up for our future.”

A number of speakers — including George — addressed the crowd in the Sunday morning rain in between songs, drums and chants of “idle no more.”

“It’s time to stand up for the ones that need our support and need our help,” George shouted to the crowd. “Taking care of our community is a priority and I think us, as a nation, we’re about to do that.”

While many supporters are unsure how the government will respond, Clayton Haskells from northern B.C. is hoping a response comes soon to put an end to Spence’s hunger strike.

“I would like Stephen Harper to acknowledge her before Christmas meal — that’s what everybody’s hoping for,” said Haskells.