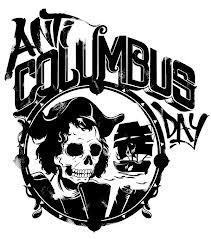 STAR    -Students and Teachers Advocating Respect
Fairfield, Ct 06430
ROSEPETL5@AOL.COM
To Whom It May Concern: United Native America and Students and Teachers Advocating Respect would like to encourage your school to participate in Native American Day and November  as Native American Heritage Month, as first proclaimed in 1990 by the U.S. Senate and President George W. Bush.  While California has selected September 26 as Native American Day, seventeen states have chosen to eliminate Columbus Day and South Dakota has replaced it with Native American Day. Across the country, several states have already taken the first steps in developing legislation to make these holidays become a reality.  Many states already study Native Americans in the month of November as part of their Thanksgiving preparation. However, much of the educational material that is readily available has focused on stereotypes of Native people.  STAR and UNA have been working with Native educators nation-wide to provide you with appropriate and culturally sensitive materials that will enhance the studies that are currently taught.     Material is now available that makes the old methods of teaching about Native people obsolete. Learn how Native people played a part in the development of our democratic society, learn about heroes and famous Native American people, learn how the advanced agricultural developments of Native people introduced countless new medicines as well as many new foods to the European diet, learn about games we still play that originated with Native people, and for the upper grades, there are also lessons to be learned about the times our country committed genocide on an innocent people.

All of these are important aspects of the development of our country that up until now have been missing from traditional curriculum.  Following are some websites that will contain material that has been approved by the Native American communities for teaching in the classroom.  For the first time, study about Native people that are alive and well and living in the USA rather than only studying the past, learn why Native people continue to use feathers in their ceremonies and how their heritage lives on, despite the fact that up until now, it has only been studied from an archaic point of view.   We can help you contact people that can help you bring Native Studies alive in your classroom and bring an end to stereotypes at the same time.  The benefits of expanding our understanding of the many Native cultures will result in a deeper appreciation for Native people and their contributions to our country.  As a multi-cultural experience, the benefits of sponsoring Native American Heritage Month or Native American Day will bring heightened self esteem to Native children as they see themselves represented in a meaningful manner relevant to the present rather than only in the past. It will also bring the respect of the non-native students to the life ways of Native people.
Thank you.
Sincerely,

Mike Graham founder of U. N. A.

Christine Rose founder of STAR
WEBSITES http://eric-web.tc.columbia.edu/guides/pg6.html  Community Guide to Multicultural Education Programs http://www.ed.gov/databases/ERIC_Digests/ed394744.html  Teaching Young Children About Native Americans http://www.education-world.com/a_curr/curr040.shtml  Are You Teaching The Real Story of Thanksgiving http://www.education-world.com/a_lesson/lesson038.shtml  Exploring Native Americans Across the Curriculum http://www.first-americans.net/  First American Education Project, a group of Native Educators reaching out to the general public http://www.theramp.net/kohr4/  The International Brotherhood Days, a website that offers the Native perspective of American History and heroes, an important and fascinating site http://www.ratical.org/many_worlds/6Nations/FF.html#TOC  Forgotten Founders,  by Bruce Johansen.  A doctoral thesis on the involvement of the Iroquois in the formation of democracy in America.  Intriguing http://www.uvm.edu/~jloewen/  The homepage for  James Loewen, the best selling author, Lies My Teacher Told Me
http://www.gatheringofnations.com  Native American non-profit org. founded in 1983 to promote Native American Indian culture & tradition, & dispel stereotypes created about indigenous people. http://www.ilhawaii.net/~stony/quotes.html  Native American Quotes, great for understanding  Native American philosophy and perspective http://www.u.arizona.edu/~ecubbins/webcrit.html  Native Web Site Evaluation, how to determine if the site you are using is a Native American Site or a site operated by non-native people http://www.night.net/thanksgiving/lesson-plan.html  Teaching About Thanksgiving, a true Native perspective with curriculum http://www.turtletrack.org/Bios/CO_BioMain.htm  Canku Ota, an educational website about Native people and schools for all teachers, go to the search box on the home page to find almost anything about Native people. http://www.alaskool.org/frmsetsitemap.htm  Alaska Native Studies Curriculum and Teacher Development http://members.aol.com/bbbenge/page6.html  A wonderful site dedicated to the Lakota People http://www.oyate.org/catalog/index.html  Oyate is  a website that promotes the use of writings of Native people when teaching about Native people. There are a list of books and curriculum developed by Native people as well as a list of books that perpetuate stereotypes and historical untruths that should be avoided.  You'll be surprised!!
http://www.turtletrack.org/Issues00/Co11042000/CO_11042000_Heritage_Month.htm
History Of Native American Heritage Month from Canku Ota http://www.UnitedNativeAmerica.com/ United Native America, a website dedicated to a Native American holiday.  Many links to other Native websites. http://www.turtletrack.org/Links/CO_NAHistoryLinks.htm  Native American History Links from Canku Ota http://members.tripod.com/~PHILKON/ On This Date in North American Indian History by Phil Konstantin www.ratical.com/many_worlds/6Nations/NAPSnEoD92.html 1992: "Native American Political Systems and the Evolution of Democracy http://www.nativetech.org/   Native Tech: a website that shows Eastern Native arts and crafts, games, foods, and much more throughout history.  An excellent teaching source. www.indiancircle.com Indian Circle Web Ring: Complete list of Indian Nations on line and other contacts to the Indian community www.hanksville.org/NAresources/ Virtual library - American Indians index of  Native American resources on the Internet.
For more educational websites or information, please contact Christine Rose
at the email address above.  For more information about the progress of the
holidays or to get involved in bringing the holidays to your state, please
contact Mike Graham at the email address above.
http://www.nativeamericanday.com/honoring.htm

California is one of the richest states in the nation because of the culture, heritage and diversify of its many federally recognized tribes. From the Kumeyaay in San Diego to the Serrano in San Bernardino to the Yurok in the Klamath Basin, the indigenous people of California each have a diverse and peaceful existence that has lasted for many thousands of years. Today there are more than 100 recognized tribes in California; more than any other state in the nation.

An acknowledgment of the California Indians came in 1968 when Governor Ronald Reagan signed a resolution calling for the fourth Friday of each September to be American Indian Day. It was hoped that this acknowledgment would help to inform the general public about Indian heritage and the problems that are confronted by Indians in California.

For years, California tribes celebrated the fourth Friday of September by renewing their ties to the Earth and keeping alive the ways of their ancestors. It was in 1998 when the California Legislature passed Assembly Bill No. 1953 (Baca), establishing the day as an official day of education. Today, people of all ages celebrate California Native American Day by learning more about the culture, heritage and traditions of the California Indian.
Download California_Native_American_Day.doc 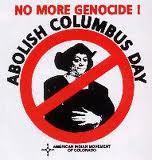 A Faithful Response to the 500th Anniversary