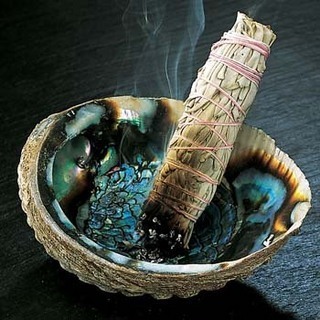 FOR THE COLUMBUS DISPATCH

The town drunk likely earned his nickname by panhandling small change to buy his next bottle of hooch. Everyone knew Fifty-Cent Freddie was dancing a two-step with death. But something compelled him to go to the herbal healer who lived in the mountains overlooking Bluefield, W.Va.

"I remember that so clearly," said Brown, who lives in the Hilltop area. "She helped him come off alcohol because it was killing him. Anybody who came, my grandmother helped."

Even as a child who ran barefoot and worry-free through the hills, Brown was marked to pass down a tradition of healing that predates recorded civilization.

The roots of that tradition, grafted from ancient African and American Indian cultures, grow deep in Brown’s garden.

"You are born and die an herbalist," Brown said. "It’s a continuous study. . . . It takes years to master."

Plants such as Saint-John’s-wort, plantain, comfrey and lemon balm nestle in Brown’s tightly planted beds. She picks the herbs and brews them or makes them into salves, just as her grandmother did.

Others taught her grandmother the herbal way, and before them were others.

Some consider the tradition lost, except that it isn’t: More than 80 percent of the world uses medicinal plants to heal and maintain health, said James Duke, an ethnobotanist who has studied plants throughout the world.

"Man has been experimenting with herbs as long as man has been here," Duke said. "There have been people in India and China for 1 million years and (people) in Africa for 8 million years.

"The longer they’ve had to evolve with these (plants), the better their genes recognize them. . . . We’ve had less than 200 years with synthetic medicine."

Many modern drugs, in fact, are derived from medicinal plants or are modeled biochemically after them.

But much of nature’s medicine chest remains untapped.

Most drug trials on herbs are conducted in Europe. In the United States, herbalists are barred from diagnosing illness or prescribing herbs. And many doctors are skeptical of their claims.

"The cautionary push-back for most physicians is that our market for herbs and dietary supplements is horribly under-, said Dr. Brent - Bauer, director of the Mayo Clinic’s Complementary and Integrated Medicine Program.

The Dietary Supplement Health and Education Act of 1994 made manufacturers responsible for ensuring the safety of their products. Since then, variations in the quality of herbs have been huge from brand to brand, he said.

"I can basically go out in my backyard, squeeze up some grass clippings, call it Dr. Bauer’s Miracle Prostate Cure and pretty much go to the market," he said.

A few supplements, such as ephedra, have been pulled off the market by the Food and Drug Administration because studies indicate health threats. (FDA officials were contacted several times regarding this story but declined to be interviewed.)

The validity of such studies often are hotly debated by people such as Duke, who believes herbal treatments are safer, cheaper and more effective than their synthetic counterparts. He maintains that each year synthetic drugs, taken as prescribed in a hospital setting, kill at least 140,000 Americans.

Duke, who retired from the U.S. Department of Agriculture after 30 years of tracking down medicinal plants, is fighting to have synthetic drugs tested against herbal alternatives.

Indeed, the tide might be shifting as medical institutions conduct more studies on herbs. The Mayo Clinic is studying how valerian — the same herb Brown’s grandmother used — affects fatigue in cancer patients. The University of Illinois is running drug trials on black cohosh and red clover. Other government-funded studies are under way.

"But it’s a difficult area," said Dr. Norman Farnsworth, a pharmaceutical researcher at the University of Illinois. "Some of the government-sponsored trials have failed" because plant extracts, which vary greatly from batch to batch, have not been correctly standardized.

Nevertheless, health-care professionals must consider alternative medicines in their many forms, said Bauer, because 60 percent of people are using them.

"If the majority have this as part of their health-care program, it’s not an alternative anymore. So we absolutely have to be a lot more savvy."

Meanwhile, Brown and other herbalists continue to bear a stigma.

"The bane of my existence is being the ‘voodoo queen,’ especially being black and an herbalist," she said.

"If I could just get past that image. This is not a carnival. This is very serious stuff . . . because we’re trying to help the way we’ve been helped."

But her grandmother began Brown’s lessons simply, as she had learned them, with herbs that grew in the woods surrounding their home.

"(She) said, ‘You’re going to become an expert at 10 herbs in front of you,’ " Brown recalled, plants such as dandelion root, red clover and goldenrod.

"If you had a cold, you’d go out there and get comfrey, mullein, yarrow — your wayside weeds."

Because they were poor and lived in an area accessible only by steep dirt roads, herbs often were the only treatment available. In her grandmother’s day, blacks were barred from white hospitals. So they continued the traditional healing that their ancestors brought over on slave ships.

"There was more than hair underneath the scarves that the slave women wore," Brown said. "They had herbs and roots and things to help heal people."

The West Virginia mountains also harbored many eastern Cherokee Indians, who fled there to escape going west on the Trail of Tears.

The escapees survived by marrying whites and blacks, and they passed on Indian medicine. That blending of herbal lore is prevalent throughout the world, Duke said.

"Whenever cultures mix, their herbal traditions get mixed," he said.

One of Brown’s favorite herbs, plantain, was called White Man’s Footsteps by Native Americans because it spread wherever white explorers went.

Shamans and healers worldwide made good use of plantain, which has been clinically proven to treat certain eye, throat and mouth infections. It is also a proven diuretic, which is no surprise to Brown, who has seen the herb cure kidney ailments.

"It’s so frustrating being an herbalist," she said. "We know these things work; it’s just hard trying to convince people.

"Herbalism is folk art, oldwives’ tales passed down, it’s true. But right now it is being scientifically proven."

She frets about the health of the 20 percent of Americans who can’t afford drugs or doctors to prescribe them.

"Herbs are the medicines of everyday man," she said. "You have choices. You can go ahead and suffer, or you might want to, for example, take some tea from this leaf."

Standing among her plants, she crushed some thyme and smelled its fragrance.

"Since the beginning of time, this information has been passed; we have just gotten away from it," she said.

"A lot of people are destroyed by a lack of knowledge."