Dr. Ruiz's story is compelling, and I know that he's very aware of issues regarding Natives, especially in Cailfornia.

Raul Ruiz (born August 25, 1972) is an American medical doctor and politician. He is a member of the United States House of Representatives and a member of the Democratic Party.[4] In what was considered a major upset,[5] Ruiz defeated redistricted, incumbent Republican representative Mary Bono Mack in the November 2012 general election in California's 36th congressional district. Ruiz is running for re-election in 2014, in what is considered one of the most competitive congressional races in the country.[6]


He sees the lack of native interns on Capitol Hill, and would like to help to change that.  He is interested in getting more natives to apply starting with his office.

Here is information about him: http://ruiz.house.gov/biography/

Here are pertinent sites for applying to become a congressional intern:

Here is his website to fill out an application:

Just so you know, these applications are like college applications.  They are competitive, you need to write essays, and get letters of recommendations.

We know many native students who have a natural interest in government, and helping people through government.

If you follow Dr. Ruiz's story, he started out following his passion, which was to become a doctor, and to give back to his community.  While he was on this journey, he realized that he needed to get into politics in order to better serve his community, and to improve health care for all people, not just those who can afford it.

Dr. Ruiz is Yaqui from South of the Border, and is very connected to that background.  His wife is Choctaw/Apache.  They are both interested in native concerns and issues.

ONE MORE PROJECT...
The other project that Dr. Ruiz is promoting for native youth is mentoring students who want to go to medical school.

He has an internship program already set up in Palm Desert. He knows the tribes will mostly be from the areas, since the project is already there.

He is interested in high school students who are contemplating a medical career.

Here is the information: 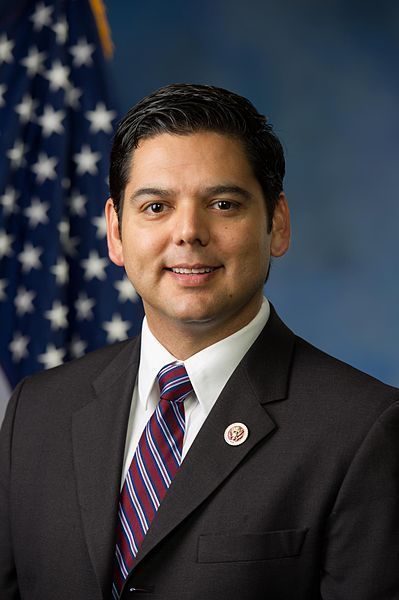