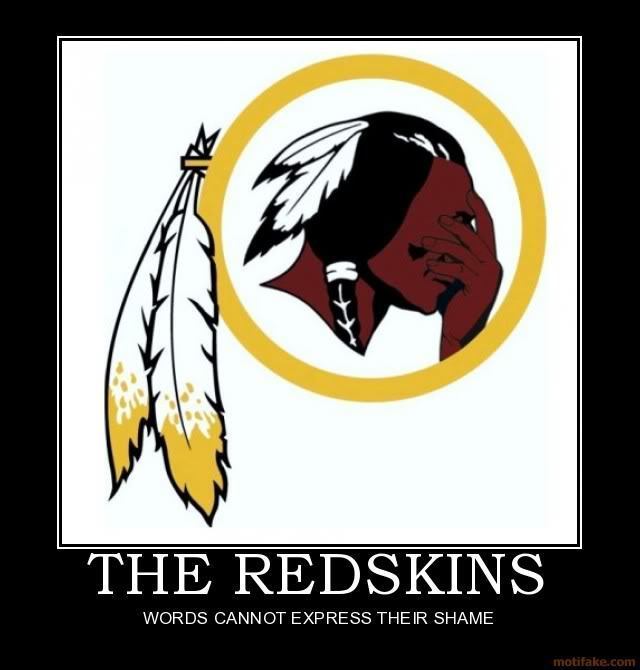 FedEx holds naming rights on the stadium in Maryland where the team plays. And its president, Fred Smith, is a member of the team’s ownership group.The company, however, isn't taking a stand on the team's racist mascot. TheOneida Nation of New York, the National Congress of American Indians, theUnited Church of Christ Central Atlantic Conference and the Plymouth Congregational United Church of Christ say that needs to change."At FedEx field, your company is allowing its iconic brand to be used as a platform to promote the R-word – a racist epithet that was screamed at Native Americans as they were dragged at gunpoint off their lands," a letter from the groups to Smith states.The letter points out that a section of the stadium is named for George Preston Marshall who refused to allow African American players on his team. He relented under pressure from the administration of president John F. Kennedy."As you and FedEx officials probably recall, the stadium was officially opened in 1997, meaning the decision to name the George Preston Marshall section after this proud racist happened quite recently," the letter states.Separately, the Oneida Nation of Wisconsin is leading an effort for FedEx to re-evaluate its relationship with the team. The tribe is an stockholder in the firm.Get the Story:
Activist group targets FedEx over Washington NFL team name (USA Today 6/25)
Press Release: Oneida Nation, National Congress of American Indians and United Church of Christ React to FedEx Field Section Named for Segregationist George Preston Marshall (Oneida Nation 6/25)Related Stories:
Oneida Nation asked Bank of America to break with NFL team (6/24)
Oneida Nation puts pressure on FedEx in campaign over mascot (6/20)
Church group approves boycott against Washington NFL team (6/16)