The first 50 years of the American Period was a horrible time for the Native Californians, given the sheer magnitude of what happened during that half century: scalpings of men, women, &children; incarceration in jails with the only way out being enforced indenture to whites for unspecified lengths of time; the kidnapping &sale of Indian children; the massacres of entire Indian villages; the military roundup of Indians and their enforced exile on military reservations where even the most basic of living amenities were lacking; their complete legal disenfranchisement. The outcome of all this was that during the first two decades of the American occupation, the native population of California plummeted by 90 percent - in short, a California version of the WWII Holocaust.

Because of the oppressive, depressing, &horrifying nature of the American period I was tempted, while preparing this web page, to simply summarize what had happend to the Native People. I felt (as several of my students who proof-read the web document did) that human nature, being what it is, would cause people visiting the American Period page to block out the information with which they can't or don't want to deal. In one section the information is so damning towards the Americans that, as one of my students pointed out, many people just won't read it, or worse, they'll conclude that the views &information presented are too one-sided; thus, they may discount the information entirely. Surely, there must have been people speaking out on behalf of the Indians and against the genocide committed against them?

There were a few people who spoke out, who reacted against the savagery of the anglo-Americans in California. Unfortunately, such voices were"crying in the wilderness." They were pushed aside, their humanity negated by a system that promulgated the shibboleths of inevitable conflict, the greatest good for the greatest number, and the most important one, the destiny of the white man.

As I note below, the anglo-Americans believed they were the chosen civilizers of the earth. And contrary to popular myth, the men who ruthlessly destroyed the Native Californians were not the outcasts of society, the footloose riffraff of the United States. In fact, many of the whites often became California's leading citizens. For example, in northwestern California William Carson has been credited with creating hundreds of jobs on the Pacific Coast. Yet, this man participated in the Hayfork Massacre of 1852 where 152 Native Californians were slaughtered. John Carr, in his book Pioneer Days, describes the Massacre and states in the introduction: " It may help ... to rescue and preserve some of the doings of the common people that founded and built up this great State of California" [emphasis added]. With the exception of Isaac Cox, author of theAnnals of Trinity County, most white historians who discuss the Hayfork Massacre and the events leading up to it [the killing of the white John Anderson and the stealing of his cattle by the Indians], place theBLAME for the Massacre on the Indians, not on the whites. Even Cox, who states the Indians were justified in having a grudge against Anderson, justifies the massacre: "Be this true or not, the rascals had committed a glaring infraction into the peace and security of the county and to chastise them was proper and laudable." 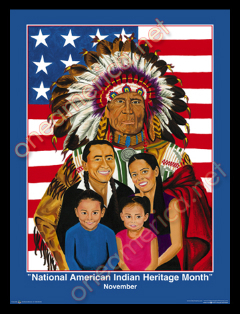