http://www.whitehouse.gov/the-press-office/2010/12/16/remarks-president-white-house-tribal-nations-conference
President Obama Live!  Thursday, December 16th, 2010: 8:30AM Eastern!
President Obama will host the White House Tribal Nations Conference.  This conference will provide leaders from the 565 federally recognized tribes the opportunity to interact directly with the President and representatives from the highest levels of his Administration.  Each federally recognized tribe has been invited to send one representative to the Conference.  This will be the second White House Tribal Nations Conference for the Obama Administration, and continues to build upon the President's commitment to strengthen the nation to nation relationship with Indian Country. You can watch it live starting at 8:30-AM Eastarn.
http://www.mytribetv.com/
Download harvardselfdetermination.pdf
There is one group of children in this country that has fallen through cracks in the judicial system -- not because the authorities don't want to help them, but because they can't: Native Americans. Full story at: http://tinyurl.com/29w8vjw
Independence for US Territories?
What about Hawaii?
By Leon Kaulahao Siu
In the process of offering independence to its territories, the US needs to admit to its 1959 deception and allow a fresh chance for Hawaii to exercise self-determination.
Full story at:http://www.indiancountrytoday.com/yourict/101514429.html
I often cringe when I read headlines that blare out new controversies over gaming or taxes, especially those that exacerbate ever-tense state-tribal relations. I’m aware that the tribes involved are exercising their sovereignty, and in most cases, rightly so. And if some tribes had not boldly exercised their sovereignty, there would not be tribally owned casinos and other revenue-generating developments.  Full musings at: http://www.indiancountrytoday.com/opinion/Pushing-the-envelope-of-sovereignty-101481584.html
http://www.indiancountrytoday.com/national/96413384.html 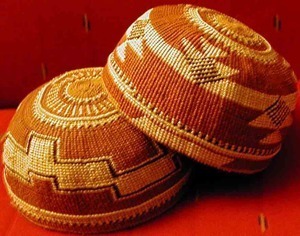 For information on the Cheroenhaka and details on a July 24-25 pow wow at the Southampton County Fair Grounds: www.cheroenhaka-nottoway.org


Salazar Announces Plan of Actions to Develop a Department-wide Policy
on Tribal Consultation Per President’s November 5 Directive
WASHINGTON, D.C. – Secretary Ken Salazar today announced the Interior Department’s plan of actions, as directed by President Obama in his memorandum dated November 5, 2009, to implement Executive Order 13175, Consultation and Coordination With Indian Tribal Governments, which directs Executive Branch departments and agencies to develop policies on tribal consultation and cooperation.  Under the Department’s plan Interior will establish a comprehensive, department-wide policy for meaningful consultation with the nation’s 564 federally recognized American Indian and Alaska Native tribes in accordance with the Executive Order as well as any other applicable statutes and regulations.
“In keeping with President Obama’s memorandum of November 5, 2009, I am pleased to announce the Interior Department’s plan of actions to develop a department-wide policy on tribal consultation and coordination,” Salazar said.  “Establishing a comprehensive, department-wide policy for meaningful consultation is vital to our goals of supporting tribal self-determination, ensuring tribal self-government, respecting tribal sovereignty and carrying out our federal trust responsibilities.”
The Department’s plan outlines guiding principles for a comprehensive policy to support Interior, its agencies and bureaus in conducting “regular and meaningful consultation and collaboration” with tribes as stipulated in the executive order and in the presidential memorandum.  The policy will:
·        Recognize the special legal status of tribal governments;
·        Respect tribal sovereignty and support self-determination and self-governance;
·        Honor the  trust relationship between the United States and tribal governments;
·        Demonstrate Interior’s commitment to improving communications while maximizing tribal input and coordination;
·        Ensure that Interior consults on a government-to-government basis with appropriate tribal representatives;
·        Identify appropriate Interior officials who are knowledgeable about the matters at hand and are authorized to speak for Interior;
·        Ensure that Interior’s bureaus and offices conduct consultation in a manner consistent with the department-wide policy, thus harmonizing the consultation practices of Interior’s bureaus and offices;
·        Be clear, understandable, and workable.
The plan also includes a separate action item to create a Tribal Consultation Team, comprised of senior Department representatives and tribal leaders.  The Tribal Consultation Team will draft the consultation policy document; ensure compliance with the President’s goal and policy of transparency during the policy development process; require the review and evaluation of Interior functions, policies, procedures and practices to identify policies with tribal implications; and require on-going review and comments from the tribes and general public on the draft policy.
The plan also requires the Department to identify an official who will be responsible for overseeing the implementation of the plan, as well as progress on reporting and compliance with the Executive Order.  The Department official will also be responsible for overseeing the development of supplemental consultation policies specific to each bureau and office and coordinating with other federal departments and agencies to bring greater efficiency and consistency to the consultation process throughout the federal government.
The presidential memorandum directs Executive Branch departments and agencies to implement Executive Order 13175 dated November 6, 2000.  The President signed the memorandum at the White House Tribal Nations Summit held at the Interior Department’s headquarters in Washington, D.C., on November 5, 2009.
On November 23, 2009 the Department invited tribal leaders to participate in a series of tribal consultation meetings to discuss their experiences with federal consultation efforts, provide suggestions on the Department’s plan of actions, and make recommendations on improving its consultation practices.  Meetings were held in seven cities from December 2009 through January 2010:  Anchorage, Alaska (December 2); Portland, Ore. (December 9); Washington, D.C. (December 14), Ft. Snelling, Minn. (January 5); Oklahoma City, Okla. (January 7); Phoenix, Ariz. (January 12) and Palm Springs, Calif. (January 14).  Approximately 300 tribal representatives and over 250 officials from Interior as well as the U.S. Department of Education, the U.S. Department of Labor, the U.S. Department of State, the Environmental Protection Agency and other federal agencies invited by the Department to hear the tribes’ ideas and concerns attended.
After the draft consultation policy has been circulated to tribes and tribal organizations for review and comment, the Department will publish the revised draft in the Federal Register with a 60-day comment period.  Following the Department’s publishing of the final consultation policy within 90 days of the close of the comment period, the Secretary will issue a Secretarial Order directing all Interior bureaus and offices to comply with the department-wide policy and its guiding principles.
The text for the Department’s plan of actions can be found on our website at Tribal Consultation Plan